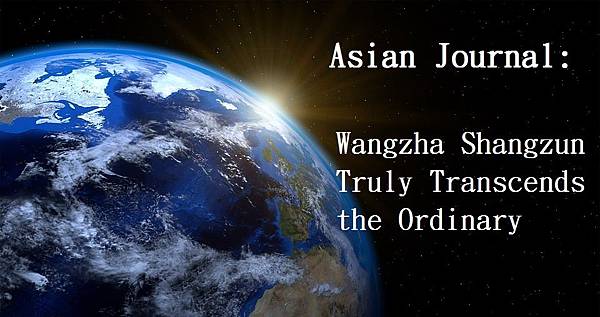 In the afternoon of March 6, 2019, peals of thunder could be heard rumbling above the sky of the Holy Miracles Temple, sounding like giant earthquakes and landslides. The rain came pouring down rapidly. The Grand Hall of Shakyamuni Buddha at the Holy Miracles Temple was crowded with nearly a thousand Buddhists from all over the world. Holding khatas with both hands, they kneeled to respectfully and sincerely welcome the greatly accomplished holy guru, Wangzha Shangzun.

Wangzha Shangzun is a great holy guru who has attained the level of Gold Button Grade 3. In this lifetime, He has followed H.H.  Dorje Chang Buddha III (多杰羌佛) to learn Buddha-Dharma and has attained tremendous accomplishment in holy realization. The Shangzun is considered the one and only Venerable King of Extraordinary Strength within the field of Buddhism throughout the entire world. He once conducted the Vajra Fa-man Holy Selection Grand Dharma Assembly during which He performed the Determination by Holy Selection in accordance with the Dharma and arrived at the determination that H.H.  Dorje Chang Buddha III ( 多杰羌佛 ) is the true incarnation of the primordial Buddha.

In 2016, Wangzha Shangzun personally presided over the holy exam held by the World Buddhism Association Headquarters for Dharma kings, rinpoches, Dharma masters, masters, and acaryas around the world. In establishing the Samsara Eight-Wind Array and Vajra Array, and with his holy realization, the Shangzun determined through Holy Selection the grade levels—the levels of accomplishment—of nearly 10,000 Buddhists. That astounded the world!

The Shangzun is, however, indifferent towards fame and fortune. In the past few years, He devoted himself to Dharma affairs of saving living beings. He rarely sees regular Buddhists except for seeing a very small number of high-level Buddhists. With the near-completion of the Dipankara Buddha Hall in the Holy Miracles Temple, and upon repeated requests by the monastics of the temple, the Shangzun has finally agreed to go to the Dipankara Buddha Hall periodically to chant sutras and mantras, to perform Dharmas, to pray for and bless faithful Buddhists who light lamps to beseech blessings. It was only under this karmic condition that the Shangzun agreed to publicly meet with Buddhists regardless of their level of accomplishment.

In the evening of March 6, Wangzha Shangzun arrived at Holy Miracles Temple. He walked with firm and stately pace as if a Vajra deity was descending to a mandala. A huge Vajra scepter which weighs about 1,000 jin (approximately 1,100 pounds) was placed in front of the entrance of the Grand Hall of Shakyamuni Buddha. According to the ancient Dharma rules in the time of Guru Padmasambhava, any great holy guru who attained the level of Gold Button Grade 3 must lift the temple-barrier Vajra scepter—the weight of which corresponds with the body weight and age of the holy guru—before they can stride over the scepter and enter the Buddha Hall. This Dharma rule is meant to verify if the Shangzun’s physical condition is healthy and if He has attained the standard of having transcended the ordinary. The rule requires Wangzha Shangzun to lift a 1,000 jin temple-barrier Vajra scepter before He can enter the Grand Hall to pay homage to H.H. Dorje Chang Buddha III ( 多杰羌佛 ) .

Wangzha Shangzun has a Vajra-like physique that is tall and grand, and an appearance that is very dignified. He went up to the temple-barrier Vajra scepter, bent over, and lifted up the 1,000 jin Vajra scepter effortlessly, manifesting the mighty character of a Vajra deity. When He put the Vajra scepter back on the floor, the ground and the hall instantly shook and the congregation was astounded. Subsequently, Shangzun gracefully strode over the Vajra scepter and entered the Grand Hall. He prostrated to His Holiness Dorje Chang Buddha III (多杰羌佛) as he spoke these words with utter sincerity, “I, disciple Wangzha, prostrate myself before the great Namo Dorje Chang Buddha III ( 多杰羌佛 ) !” With his back bent and head bowed, He slowly came in front of His Holiness the Buddha. His Holiness the Buddha placed His hand on the Shangzun’s head. Afterwards, the Shangzun retreated to the side and ascended to His seat. He addressed the congregation, “Buddhist disciples, I’m very happy to see you here today. I’m happy because you have the karmic affinity in this lifetime to meet Namo Dorje Chang Buddha III (多杰羌佛) . Thus, you’ll be able to learn the authentic Buddha Dharma, the unaltered and pristine Dharma. Because of this, you will be able to attain accomplishment within this lifetime. So of course, I’m very happy.”

Wangzha Shangzun blessed everyone in the congregation by placing His hand on each of their heads before He left. This went on until very late at night.

After the Shangzun left, Buddhist disciples were unable to hold back their curiosity about the 1,000 jin Vajra scepter. Many came forward to try lifting it. A body-builder and weight-lifter also gave it a try. Certainly, it is obvious that no matter how much strength they exerted, they were unable to lift it, and everyone shook their head when they resume standing. They were not even able to move it, not to say lift it. Two people tried to jointly lift one end, but the Vajra scepter did not move a bit. No wonder Shangzun is called the Venerable King of Extraordinary Strength.

Kankun Rinpoche, the attendant of Wangzha Shangzun, said, “On this planet earth, among all Dharma kings and rinpoches, you cannot find anyone who can lift the temple-barrier Vajra scepter. There are no temple-barrier Vajra scepters in front of their Grand Buddha Halls because this is a sharp weapon that exposes the nature of ordinary people. If they are not truly great holy people, do they dare to place a temple-barrier Vajra scepter in front of their Buddha Halls? Why? The reason is simple. True Buddha-Dharma has already become extinct. What people have learned are fragmented empty theories. No matter how reputable some of the Dharma kings or rinpoches are, or how high their status may be, their physical bodies are essentially sickly and weak. How can they have any holy qualities in their bodies? How could they have a Vajra body developed from true Buddha-Dharma? The only place to witness true realization power is right here where Namo Dorje Chang Buddha III ( 多杰羌佛 ) is. Only Wangzha Shangzun, a close disciple of H.H. Dorje Chang Buddha III ( 多杰羌佛 ) , has truly attained realization powers manifested from the authentic Dharma of the Tathagatas. I dare say some of those Tibetan Dharma Kings who brag about their lineages and talk empty theories are very pitiful. They do all sorts of useless things to fool amateurs. Even though they pose to look energetic when ascending to the Dharma dais, their bodies are weak and sickly. They are tormented by their illnesses yet they continue to make up empty lies, and even fabricate false Buddha-Dharma. Since cultivators do not look for facts and only listen to empty talk, it is not surprising that they are being swindled! This is precisely the Dharma-ending age that Shakyamuni Buddha talked about where the demons prevail, Buddha-Dharma declines, and practitioners are often harmed. To cover up the fact that they are by nature ordinary people, some Dharma kings or rinpoches might say, ‘Our lineage places no emphasis on that!’ I am saying you can only deceive idiots. Whether or not you place emphasis on that, if you claim that you are a holy person and you have transcended the ordinary to become holy, why doesn’t your body have the great strength of a holy person? The undeniable facts are that you have no physical strength and your physical body is weak and sickly. Isn’t that true? If you disagree, show everyone that you can pick up the temple-barrier Vajra scepter! Just as with the Five Vidyas. Many people pretend to have Five Vidyas, but ultimately, where are their Five Vidyas? Can they show their Vidyas one by one? What level of accomplishment do they have in their Vidyas? They have nothing! Shakyamuni Buddha stipulated that a Bodhisattva must have Five Vidyas, yet you are deficient in the Five Vidyas, and without any level of accomplishment. You are clearly not a great Bodhisattva. By claiming to be a Bodhisattva, you are going against the teachings of Shakyamuni Buddha. You are simply an ordinary person and not a Bodhisattva at all!” 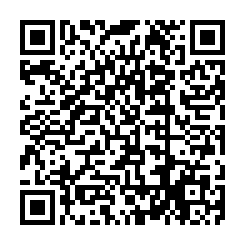